As one of the hottest travel trends in recent years, river cruises offer travelers the chance to experience unique destinations that are often more adventure focused. Passengers can look forward to embarking on expeditions to places where large vessels simply can’t–and some of the most alluring options can be found in the Pacific Northwest, typically on the Columbia and Snake Rivers.

The confluence of the Columbia and Snake rivers is in the Tri-Cities region of Washington at Burbank, part of Lake Wallula. The Snake River rises in western Wyoming before flowing through southern Idaho along the border of Oregon where it empties into the Columbia. From there, the river stretches some 325 miles further west to the Pacific Ocean near the town of Astoria in Oregon.

Ships that cruise these rivers typically sail between Astoria and Clarkston, Washington, making a 500-mile journey through diverse terrain and many spectacular sights, including these. 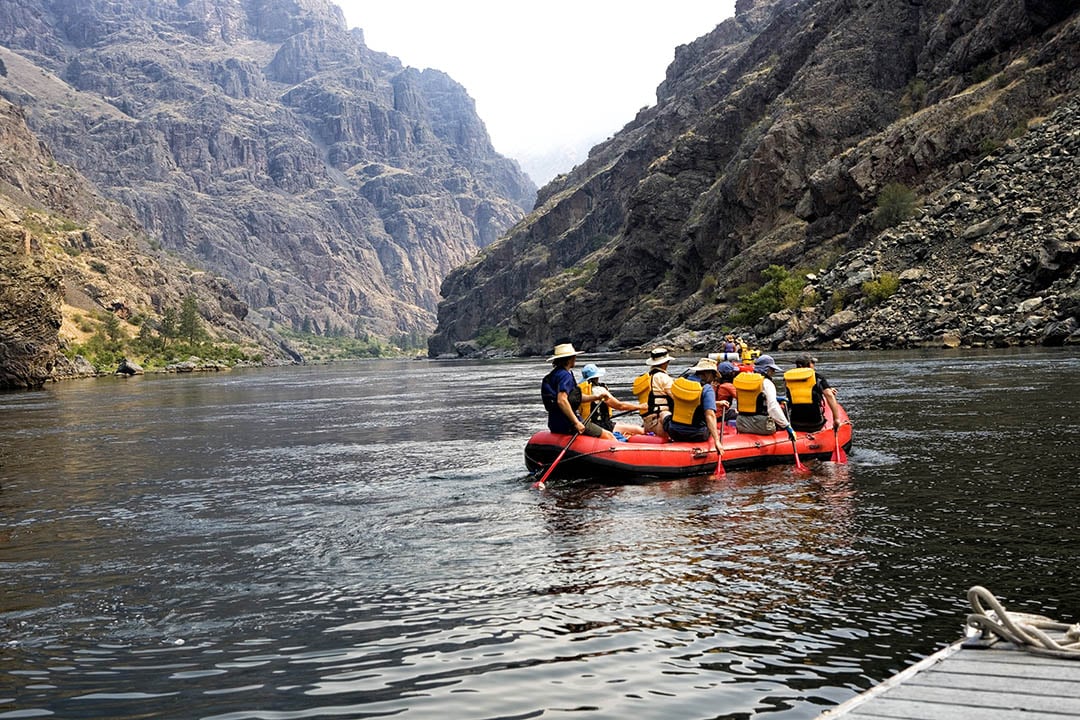 This dramatic gorge and its vast granite walls draped with vibrant foliage frame the Snake River, carving one of the most stunning canyons in the United States.

It’s the country’s deepest river gorge, deeper than even the Grand Canyon at over a mile deep. River cruise passengers are typically introduced to Hells Canyon via small jet boats, which are included on itineraries like UnCruise Adventures’ 7-night Rivers of Adventure Cruise from Spokane to Portland.

Along the way, guides will point out the abundant wildlife like Rocky Mountain bighorn sheep and mule deer, as well as Native American petroglyphs.

Insider Tip: This region is where the famous Lewis and Clark expedition once traded for food and it was also home to the Nez Perce Native Americans for thousands of years.

The Columbia River Gorge carves a path through the Cascade Mountains and is a National Scenic Area.

Along the river that runs through the 80-mile-long and 4,000-feet-deep gorge, there are over two dozen waterfalls. Some cruises like the Uncruise Adventures 7-night Rivers of Wine and Culinary Arts Cruise, sail across four rivers in this area: the Snake, the Columbia, the Palouse and the Willamette.

The Palouse River is surrounded by colorful, dramatic basalt cliffs, situated just upstream of the confluence with the Snake River. It’s home to Palouse Falls which plunges nearly 200 feet, 17 feet higher than Niagara Falls. Of course, the gorge is especially famous for Multnomah Falls in Oregon, which is arguably the state’s most popular attraction and one of the most photographed waterfalls in the world. 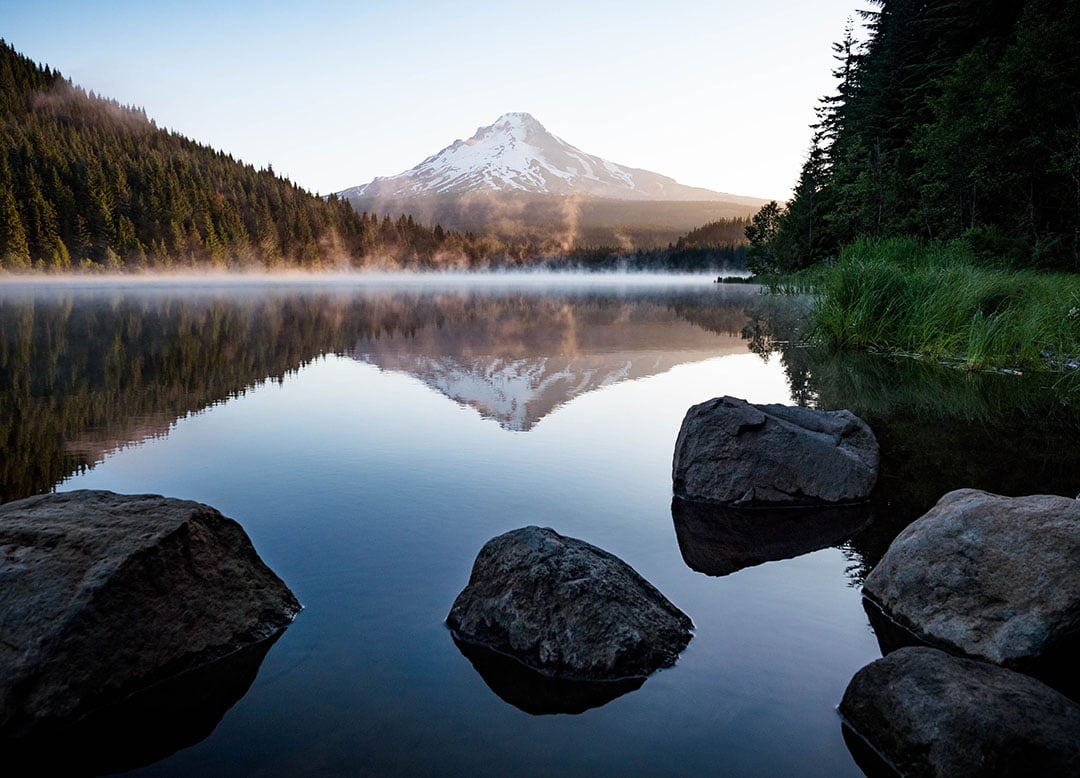 All cruises on the Columbia River bring mesmerizing views of the breathtaking Mount Hood, Oregon’s tallest mountain which soars over the landscape at 11,239 feet. Views of it always bring plenty of oohs and aahs–and, you’ll have a picture-perfect look from the water.

With American Cruise Lines’ 4-night Highlights of the Columbia River Cruise, you’ll not only be able to see Mount St. Helens, but you’ll also be taken by expert guides to witness the lava dome and pumice plain while learning about the impact the eruption had on the lives of those in the surrounding towns and on the environment.

As you cruise along the Columbia River, you’ll enjoy especially picturesque views of the many vineyards that are part of Columbia Gorge Country. Wine enthusiasts have options for wine-focused itineraries like the aforementioned 7-Night Rivers of Wine and Culinary Arts Cruise offered by Uncruise Adventures, bringing the chance to delve into the region’s tasty wines at tasting rooms and wineries in Oregon and Washington.

Bonneville Dam is a National Historic Landmark located near the entrance of the scenic Columbia River Gorge about 40 miles east of Portland. With the 7-Nights River of Adventure Cruise hosted by Uncruise, you’ll transit eight locks and tour the visitor center which includes learning about hydropower generation, a hiking trail and watching various vessels pass through the navigation lock.

Fort Clatsop is a popular shore excursion with multiple cruise lines that sail the Columbia. It hosts a replica of the fort where the Lewis and Clark expedition wintered in the early 19th-century.

It was reconstructed 100 feet from the site of the original fort that was built from a floor plan that Clark himself drew on the cover of one of his journals. There are hiking trails for enjoying the scenery and perhaps walking in the very steps of Lewis and Clark themselves. You’ll also find a visitor center with many fascinating displays about the pair’s arduous journey to the untamed west. 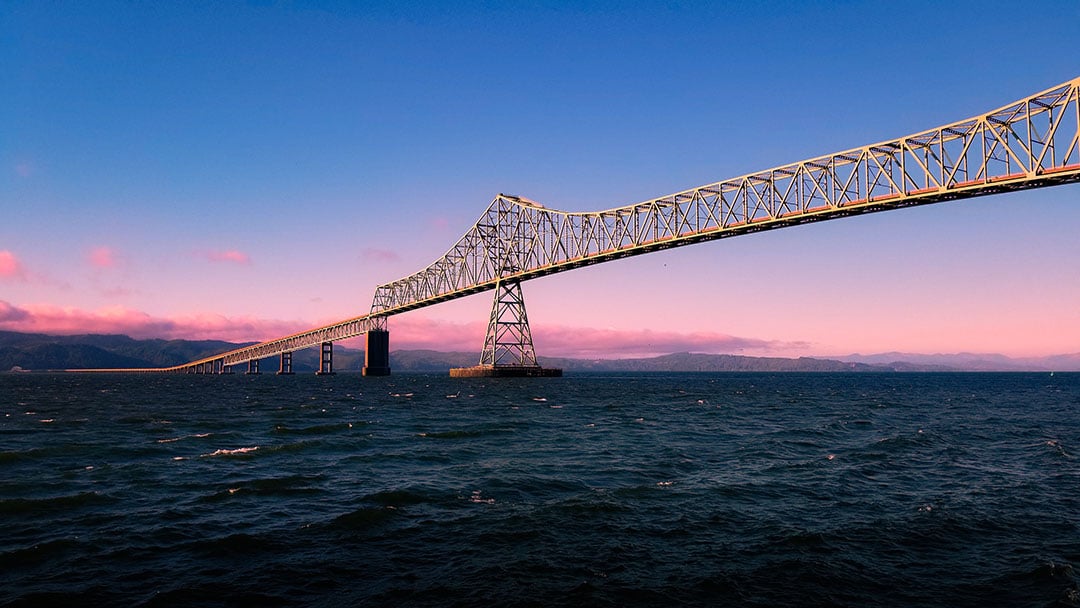 Astoria sits along the Columbia River and hosts over 70 Victorian-era homes. It’s one of the oldest American settlements west of the Rockies, steeped in history and culture.

American Cruise Lines includes a tour of the city on its Columbia and Snake Rivers cruises, along with Fort Clatsop. You’ll be able to take in one of the best views around from the Astoria Column, which sits atop the highest peak in the city. From here, on a clear day, you’ll be able to look over the Pacific Ocean, snow-capped volcanoes and the Columbia River where your vessel will be waiting in its port.

For more information about Snake and Columbia river cruises, contact a CruiseInsider travel expert today at 1 (877) 734-6858 and we’ll help you find the perfect itinerary!